How cool is Hyperbolic Crochet?

While researching an upcoming segment for YarnTalk, I found myself once again pulled into the wonderful world of yarny math and science.

Knitting and especially crochet are perfectly suited to produce a hyperbolic plane, which is a mathematical concept of a surface that expands exponentially as you move away from a center point. The idea of using crochet to create hyperbolic planes came from Daina Taimina, a mathematician at Cornell, who realized that she could represent this complex concept with crochet, by increasing stitches at a set rate in each row. This was in 1997, and before this, there was no comprehensive, effective way to produce a model of a hyperbolic plane, even on a computer, so this was a game-changer.


This idea later inspired the famous Crochet Coral Reef, which, since 2007, has traveled to major art galleries and museums all over the world.

Coral grows in hyperbolic forms, so crochet was a perfect way to create a realistic yet whimsical version of undersea life. This evolving exhibit started with the Institute for Figuring, which is an amazing organization that educates people about the aesthetic and poetic beauty of science and math. 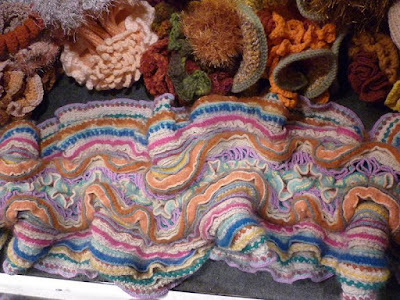 The Institute for Figuring was founded by Margaret Wertheim, a cultural historian and science author. Margaret and her twin sister Christine, and eventually thousands of other crafters, created the reef, which is now so extensive now that it is probably the worlds largest community art project.

99% of the crafters involved in the project are women, and indeed much of Margaret's work explores the interactions between what are traditionally considered women's handicrafts and science and math. Margaret has a wonderful TED talk that I'd recommend watching!

Many more scientists, mathematicians, knitters and crocheters have explored this intersection of science and craft, a recent example being the Neural Knitworks, a collaborative project on brain health, that created a “walk-in brain” from over 1600 handmade neurons. It's not hyperbolic, but it's a great example of the way that craft and science can interact to strengthen communities. 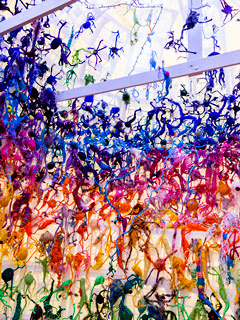 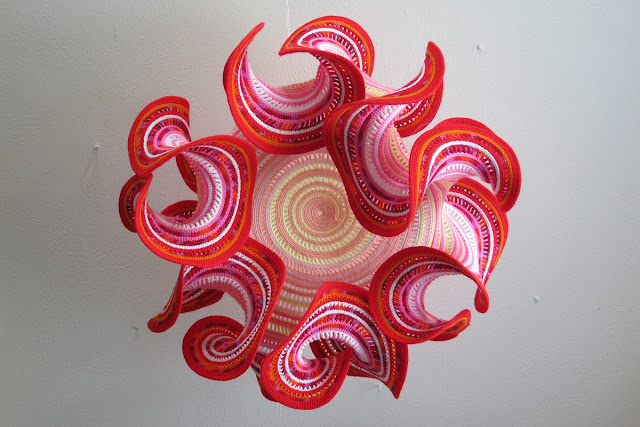 Our next episode of YarnTalk will include a segment on all this yarny-mathy goodness.